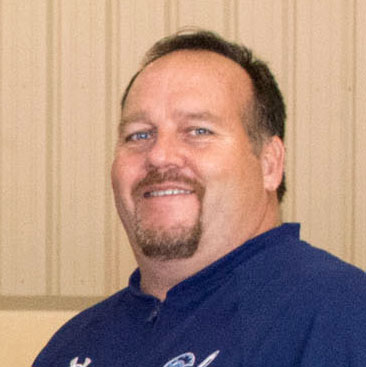 Coach Tim Barton has been involved in athletics all of his life and believes that God has taught him many lifelong lessons through sports. One of his most memorable highlights is leading his high school basketball team to its best record in the history of the school. Most important, he remembers being a witness for Christ in the public school setting.

Both football and basketball scholarships were offered to Coach Barton, but God directed his steps to Appalachian Bible College. He played five seasons of basketball and four seasons of soccer for the Warriors. During his career he received many awards both for performance and Christian testimony. In 1989, he was asked to be the men’s basketball coach and is still faithfully holding that position. He became the Athletic Director for ABC in 1992. In 1999, Coach Barton was named NCCAA Mid-East Region Basketball Coach of the Year.

Coach Barton trusts that God has used athletics to teach many ABC students valuable life lessons on and off the court. His greatest reward is to see athletes graduate and use all that they have learned at ABC for the glory of Christ. He always looks forward to his role of helping develop young athletes into strong men of God.